Today I mailed the first two buckets to our resupply points on the John Muir Trail. They are filled to the brim with the lightest and most calorie-dense food I’ve been able to get my hands on: hopefully enough to keep us hiking along happily and full of energy. It was a miracle that everything fit. 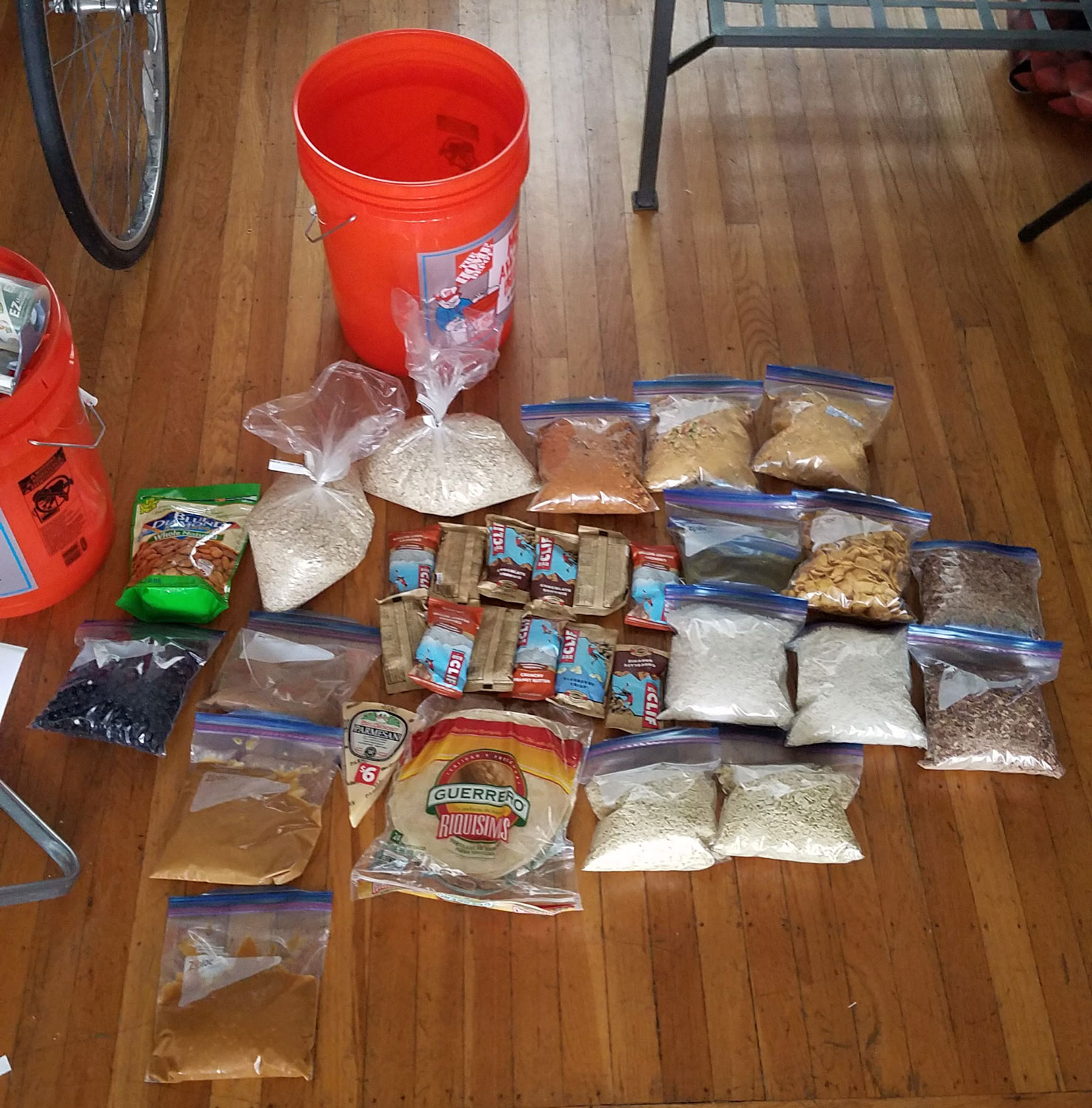 The buckets were finally ready to embark on their journeys this morning at 11 AM and all that remained for me to do was to transport them to the nearest post office. I left my house with an orange bucket in each hand and began the trek downhill.

What is normally a relatively easy, fast, and altogether rather enjoyable walk quickly became quite tiresome. Unsuprisingly, the strain caused by holding a 23 pound bucket in one hand and a 22 pound bucket in the other while walking downhill began to take its toll. I had to stop and let my body (and mind) relax a few times before finally making it to the post office.

The woman working there was slightly surprised to see me heave two five-gallon buckets onto the counter, however, other than her asking her coworker about whether their dimensions had to be measured before shipping (to which he replied no), the buckets were shipped without incident.

Below is a list of what is contained in each bucket (both buckets contain roughly the same things, although the first contains an additional 4 ounces of dried beans and the second contains a bit more dried cranberries and dried blueberries):